The Cinema of Memory Reconstruction

”Watch films, they will change your life!” So said Irina Nistor, one of Romania’s biggest film icons, during the Q&A after a screening of the documentary Chuck Norris vs Communism at this year’s festival. Never heard of her? Very few people outside Romania have. Nistor was not a director or a well-known actress. She did not work as a producer or behind the camera. She was a spectator, a one-woman cinema audience who remains a symbol of the fight between the tyrant and the oppressed. She is a voice of the masses – not only symbolically, but in a rather literal way. This was the voice which dubbed thousands of films circulating in Romania during the rule of Nicolae Ceausescu. According to the documentary, US films were seen as capitalist propaganda and thus dangerous for the masses, who might prefer them to domestic propaganda.

Irina Nistor worked in a film censorship institution when she was offered the chance to dub these ”imperialistic” films in the cellar of a certain Teodor Zamfir. Mrs Nistor’s voice may not have been the most pleasant – although it is described by one person in the film as the voice of an angel – but it was very efficient. Through a well-organized network of film piracy, hers became the easily recognizable voice of a population yearning for freedom. So far so good.

Ceausescu’s oppressive regime has rightly been the target of both fiction and documentary films which attempt to deal with the past. Chuck Norris vs Communism is a combination of documentary and archival clips blended with re-enactments in order to fit a particular narrative. This is a powerful approach, but it does result in previously filmed images being de- and recontextualized. When these excerpts are mixed together, they acquire new meanings. Commentary smooths out the discrepancies between archival clips, while talking heads and re-enactments are used to further the film’s thesis.

It is always interesting – from the point of view of collective memory – to analyze Romanian films which deal with the existence and destruction of Ceausescu’s empire. The fall of Ceausescu was a key event in modern Romanian history. Liberalization of the country led to reasonably open discussion of the regime’s wrongdoings. Directors found themselves in a new age without censorship, resulting in highly ambitious films which aimed to portray the totalitarian era. Films could be frank and open about once-censored topics.

After the 90s – when films tended to overindulge in provocative subjects, just because they could – the films of the 00s dealt more with moral and ethical issues pre- and post-Ceausescu, and with the collective and individual memory of the regime and the revolution. Many of the films which examine the revolution and its contested representations are renegotiating with the past, often raising issues of collective amnesia – a topic seldom discussed in post-communist Romania. In tackling these difficult, awkward subjects, such films are fairly unpopular with the domestic audience. Their style, themes, intertextuality and varying opinions on history are close to what I would call the ”cinema of memory reconstruction.”

The film Chuck Norris vs Communism claims that popular culture destroyed commununist tyranny, and it has been promoted with a catchy tagline: ”A documentary about the magic of film and the power it has to change lives.” It is certainly a broad and entertaining documentary which will attract international festival audiences. But there are some problems with it.

The film is a homage to the past and to the illusions that hypnotized masses world-wide. But illusions are always just illusions, not matter how seductive they are. Unfortunately, Chuck Norris never succeeds in becoming anything more than a long trailer, which unwittingly shows the power of longings imposed by ideals of luxury. The irony is that the films nostalgically shown in this documentary would never have found a place on the film festival scene.

Today, generally speaking, two main discourses are discernible when analyzing representations of Eastern Europe in films after 1989: nostalgic or/and totalitarian. The time being (re)presented is viewed either through a nostalgic, longing lens or as a fearful, repressive period. But these two paradigms connect with each other and are inseparable in some ways. This is most visible in the broad, popular documentaries about pop culture during the communist era, such as Cinema Komunisto, ElektroMoskva, Happy Child (Sretnodijete), Disco and Atomic War, and even Cold Waves. These films, like Chuck Norris, are nostalgic, not necessarily for the good old days, but for certain notions of the past. They are almost a transnational genre in themselves, expressing a shallowness which can attract both Eastern and Western audiences, and suggesting that notions of freedom are always connected to Western popular culture. In Chuck Norris, freedom is symbolized by fast cars, tables laden with food, exaggeration, and a spectacle of exuberance. Towards the end, it shows that some American ideals were and are so attractive for global audiences that people have been willing to risk their safety in order to watch moving images. Sadly, the film ends without clarifying whether this ”brave new world” seen in Top Gun, Pretty Woman and Chuck Norris movies were merely images projected on the walls of a cave. But if the film had those kinds of ambitions, it would never have been produced by HBO… 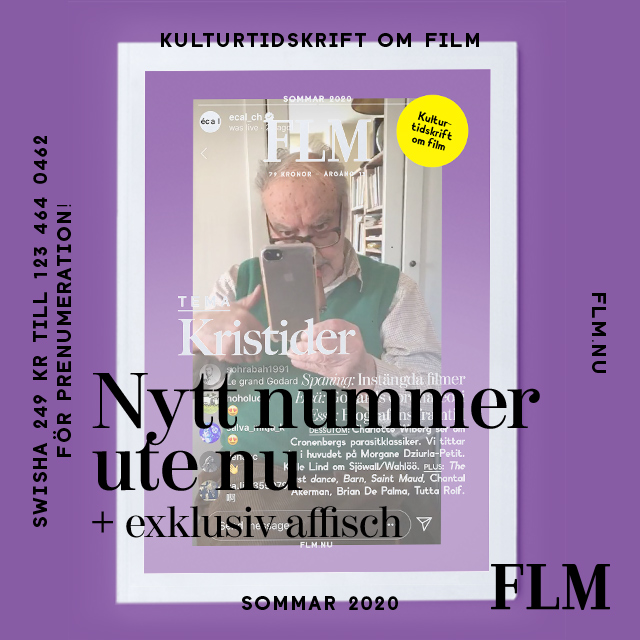